Zhao Wu writes that Qigong is, “breathing exercises which produce vital energy.” This needs explanation. While respiration is considered in his instruction, the translation here for “breathing” is circulation. He is not confining this to the lung’s inhalation and exhalation, except as a driver for Qi. The physiological framework Westerners utilize hobbles us here. Qigong practice does not separate components of physiology. Wu clearly is talking about ‘air of the body’. Qi circulation can be translated as “breathing,” but one look at the “Major Circulation Cycle” educates us as to intent and practice. It is a meditation of Qi flow throughout the Meridians. Here the continuum of Qi in it’s rarified form (air) and blood/fluids is apparent. The Chinese knew thousands of years ago that if oxygen flow was cut off, so was blood circulation. Their belief was that vital energy was the synergy of these physiological functions, directed by shen(mind). The Lungs couldn’t operate independently of the Heart. The body and mind were not independent either. Here the concept of the Meridians as contiguous with the Organs is being illustrated in the Cycle’s practice. If you look closely at the diagram the beginning point of the Circulation (meditation) is in the center (surface) of the chest. The practitioner wills the Qi to (lao-gong) PC8 in the left palm. Then it is directed to (da-zhui) GV14 in the cervical spine. The circulation exercise continues with the practitioner simultaneously splitting this flow into two branches. The first is ascended to (bai-hui) GV20 on the head’s vertex. This branch is descended to the palate at the junction of the gum and front teeth. Where the tongue meets this junction, it carries the Qi back to the chest (heart) deep to CV17 where it rejoins the second branch. The second branch is returned to the right PC8 and to back to the chest, (tan-zhong) CV17. It is descended to the lower dan-tian around CV6 area where it’s split into two more flows, one traveling to perinium (hui-yin) CV1 and the other to the sole of the foot (yong-quan) KI1. This leg branch returns to the perinium where it rejoins at the base of the spine and is sent up again to GV14 to complete the circuit. This merging occurs in the chest and base of our trunk. Think of two main interconnected circuits. One is flowing in the trunk and head and one in the limbs. Also keep in mind the Qi direction/pathway for the limbs alternates on the Yang Channels then returns on the Yin Channels. Visualize the polarity of the Qi changing as the flow descends and ascends or moves from anterior to posterior trunk. Practice! 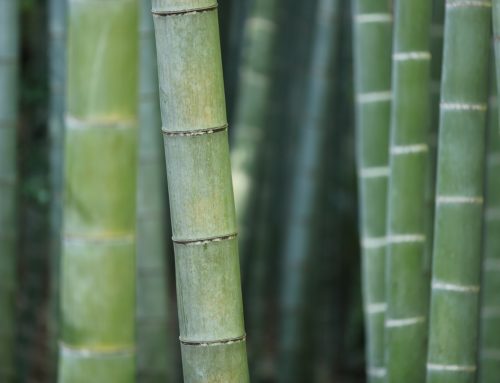